Understanding OFAC and other sanctioning bodies

Every sanction in the world is made by a political body trying to impose its will. But depending on how an organization does business will impact which sanctions matter most.

Sanctions are deeply political at their core. It is why businesses face such significant penalties if they fail to implement them. Politically exposed persons (PEPs) and their relatives and close associates (RCAs) are often the subject of such sanctions or may have dealings with entities that are sanctioned due to their positions.

That’s why every sanctioning body publishes lists that detail exactly who is sanctioned. But it’s up to businesses to make sure that this information is cross-referenced against transaction data and to prevent themselves from facilitating transactions to sanctioned entities.

There are four major sanctioning bodies in the world that need to be paid attention to in Europe, however, they sometimes have competing agendas. This often makes for difficulties in the compliance function when dealing with international transactions.

OFAC and the power of dollar hegemony

The Office of Foreign Assets Control (OFAC), operated by the US Treasury, is the probably the most powerful sanctioning body in the world for two major reasons. Firstly, the US dollar is used in nearly every international transaction thanks to dollar hegemony, this results mainly from the stability and safety of the dollar which is backed by the might of the US government. Secondly, the US is a single cohesive political power which, when it comes to executive action, is unified in its decision-making. Something that more powerful bodies such as the United Nations lack.

OFAC holds control over all dollar trading, meaning that any transaction made using the dollar is subject to its sanctions. As a result, non-US domiciled businesses and persons can find themselves under the harsh rule of OFAC when transacting as discovered by an Indonesian paper products manufacturer which was paid in US dollars to make deliveries to North Korea and paid a harsh fine as a result.

The purpose as far as OFAC is concerned is to prevent the US financial system from being involved with commercial activity with entities sanctioned by the US.

And simply making the end payment in non-US dollar currency is not enough to sidestep this issue. Currency exchanges can often be tracked back to US dollars as most clear currency through the US financial system.

There is one system that is aiming to escape the draconian dollar hegemony in this way, the Instrument iN Support of Trade Exchanges (INSTEX). And while it’s had some success it has yet to become a truly major player when it comes to circumventing OFAC sanctions, but it is growing at rapid pace.

OFAC sanctions reach far and wide. Rogue nations such as North Korea and Iran are locked out of the global financial system because of US sanctions; other targeted states include Venezuela, Cuba, Syria, and of course Russia. But the US is far from the only nation imposing sanctions.

It’s worth noting that Russia has issued counter-sanctions against various PEPs and business owners in the US but as the rouble has little impact on the international stage, and these sanctioned individuals are unlikely to holiday in Moscow, it does not have quite the same effect on businesses.

Just under half of European Union (EU) sanctions are enactments of United Nations Security Council resolutions. Lending authority to the UN sanctions and compelling member states to transpose them into law, relying on local regulators to maintain and enforce the sanctions through penalties and fines.

Unfortunately, this where the lack of true political cohesion across the EU comes into play. Financial penalties are drastically different depending on which territory a business is operating and where the sanctioned activity took place. More steps in the bloc towards regulatory harmonization are needed for EU sanctions to have real impact throughout the region.

The EU is moving to impose uniformity in the way its sanctions are upheld. The European Commission (EC) is posing to make violations of its sanction regimes a crime across all member states, in some member states such as Estonia it is currently an administrative issue rather than criminal. The EC is also drafting a directive on asset recovery and confiscation.

EU legislation is sometimes also put into effect to counteract the impact of OFAC on the geopolitical landscape. The EU Blocking Statute of 1996 was one such instance, and an attempt to avoid OFAC’s extraterritorial sanctions of Cuba, Libya, and Iran. INSTEX is another such endeavor, specifically aimed at allowing EU-based businesses to do business with Iran without falling foul of OFAC.

The problem with INSTEX

INSTEX’s setup is such that it is only subject to sanctions regimes under the control of the EU and France. There are two key reasons for this, INSTEX is headquartered in France, and France is a member state of the EU.

By its very nature INSTEX refuses to do business with any US persons, immediately excluding itself from the simplest way to interact with the US financial system. Its other solution to avoiding the dollar is by using a barter system for trade.

The EU has a traditionally strong relationship with the US. By so brazenly refusing to mirror US approaches to sanctions using INSTEX there was a real risk of damaging diplomatic relations with the most powerful nation in the world. This could have been a real concern considering INSTEX’s sovereign members are Germany, the United Kingdom, France, Belgium, Netherlands, Norway, Denmark, Sweden, Finland, and Spain – ten of the most developed nations in the world.

However, mainstream US thought on INSTEX is that it is a generally feeble response to OFAC and dollar hegemony. Iranian lawmakers appear to have similar sentiments, decrying INSTEX as useless at resolving economic problems for the Middle Eastern nation.

INSTEX appears to be here to stay, but until it gains more power it may end up a failed European project. However, other intergovernmental attempts around sanctions are more effective, such as the United Nations.

The United Nations Security Council has the power to impose economic sanctions that: “focus on supporting political settlement of conflicts, nuclear non-proliferation, and counter-terrorism” in accordance with its charter.

These sanctions have virtually uncapped power due to the number of nations signed up to the UN. However, that same reason for its power is why these sanctions are hampered in terms of effectiveness. Many nations with competing interests, such as the US, China, and Russia, have a permanent seat on the Security Council with veto powers.

That means any one of these major powers can prevent a sanctions regime from being enacted if it flies in the face of their political goals. Most recently this was seen with the Russian invasion of Ukraine, Russia vetoed the UN resolution to condemn the invasion so no UN sanctions could be inflicted.

Instead, the UN focuses on terrorist groups. ISIL and al Qaida are the primary targets, but this also includes warlords and those who are overseeing human rights atrocities in South Sudan, Libya and other areas of heavy conflict. The UN has also imposed sanctions against North Korea but these are more limited than OFAC’s. In this regard it should be remembered that China is a permanent member of the UN security council and an ally of North Korea.

UN sanctions are binding on member states, but it can only exert diplomatic pressure to secure enforcement. Meaning that states can ignore them and will likely only suffer outspoken condemnation of their actions in return.

OFSI and the weakness of being new in sanctions

The UK body responsible for the enforcement of SAMLA sanctions is the Office of Financial Sanctions Implementation (OFSI). Since the United Kingdom left the EU, an autonomous sanctions policy is now in force under the Sanctions and Anti-Money Laundering Act 2018 (SAMLA).

SAMLA transposes the policy objectives of the pre-Brexit EU sanctions regime into English law and serves as a needed continuation for UK businesses to operate effectively with the EU. But deviation has begun to occur.

OFSI is gaining importance steadily as divergence between the EU sanctions regime and UK political goals become more apparent. For example, OFSI has made relatively few sanctions against Russia compared to the EU.

Perhaps the most significant divergence so far is the abolition of the “necessity” test under EU law enabling the UK to impose sanctions where there are “reasonable grounds to suspect” that a person has been involved in a specified activity. This means that there is now a lower threshold for adopting sanctions than under EU law.

For financial and other institutions tasked with sanctions screening, Brexit meant they had to parse and consult another list of sanctioned entities and individuals — adding yet more strands to the compliance workflow.

OFAC, European Union, UN and UK sanctioned individuals and entities overlap of course, but they never mirror each other, and this is where the challenge lies.

Navigating the complexity of sanction demands is undeniably difficult for even the most refined sanctions screening policy. Using the right tools is vital to being able to screen and detect breaches when they occur. Having client information to hand, smooth workflows to filter cases appropriately, and the ability to handle alerts according to severity are all necessary functions.

And if you’re concerned about how your sanctions screening process works in the context of cross-border payments then you should watch our webinar. 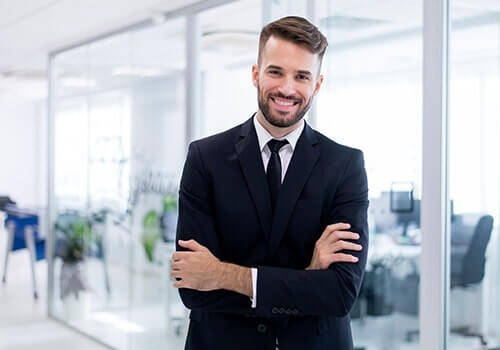